India is developing at a lightning speed. And we do not mean just technology. The air industry of India is making its mark on the global stage, offering the best services to passengers all across the world. Contributing to this achievement is the IGI Airport, New Delhi.

The IGI airport has jumped on the rankings from last year’s 45th position to 37th. The airport is currently the only one from India that has made a mark in the top 50 airports of the world. But the airport attracted maximum attention when recently, it was adjudged to be the best airport in India and South Asia for the consecutive fourth time. More discussions on this are ahead in this blog:

According to a statement from GMR, the airport increased its overall ranking from 45th to 37th and is the only airport from India to be listed among the top 50 airports in the world.

The GMR Infra-run airport has also been dubbed “the cleanest airport” in South Asia and India, according to the statement.

According to Videh Jaipuriar, CEO of Delhi International Airport Ltd (DIAL), a GMR Infrastructure Limited-led consortium, “all the airport workers, stakeholders, and partners operating at the airport have made Delhi airport the best airport in India and South Asia.”

He said that the Delhi airport “had always set a new benchmark in offering the greatest airport experience to all of its guests” and would do so going forward.

According to the statement, the Skytrax World Airport Awards are based on an annual study of 500 airports’ facilities and customer service to determine the best ones. In 100 different countries with the airport, visitors filled out the survey questionnaires for nine months from September 2021 to May 2022.

The airport service and product key performance indicators, including check-in, arrivals, transfers, shopping, security, immigration, and departure, were all examined for their impact on the customer experience.

When DIAL took over IGI Airport in May 2006, it immediately started restoration work for the 1A and 1B terminals as a temporary fix to give them a more contemporary appearance (this included seating, lighting, decoration inside and out, air conditioning, and toilets). With the opening of Terminal 1D in February 2009, the airport’s departure capacity increased to 10 million passengers annually.

In July 2008, terminal two’s renovation was finished. A new three-level in-line baggage processing system, 22 more check-in booths, and a new customs and immigration section were all part of the terminal’s modernization efforts. As of the current status, the terminal features 100 check-in desks, 52 immigration counters, and 48 counters in the arrival section.

The airport’s big expansion program received the most attention (phase one). A new terminal three (T3) was built under this endeavor. It cost over $700 million and was completed in time before India could host the Commonwealth Games in 2010.

The addition of the new terminal increased the airport’s annual passenger capacity to 37 million.

In September 2008, a brand-new code-F parallel runway (4,430m x 60m) was also made available for commercial use. One of the longest in Asia, the runway has CAT IIIB and ILS capabilities.

Terminal three (330m by 250m) was designed by HOK in collaboration with Mott McDonald and is currently being built by Larsen and Toubro, Meinhardt Engineering, and Airbiz of Australia (the airport planner), with project management provided by Parsons Brinckerhoff International Inc. It has a floor space of 480,000m2 and handles all domestic and international traffic.

Woodhead of Australia was in charge of the retail and interior design. The terminal has 78 boarding bridges, 74 aerobridges, and 30 remote parking bays for passenger transportation to and from the aircraft. The A380 here uses six of the aerobridges.

A five-level in-line baggage processing system, 160 check-in counters, and 70 immigration desks are also present in the terminal (roof height: 27 m). The contract to supply the baggage handling system, which can handle more than 11,300 pieces of luggage an hour, was obtained by Siemens Mobility.

The layout of terminal 3 has two floors, with arrivals on the bottom floor and departures on the upper floor. Those who have checked in will cross a bridge to the airside and can see the arrivals floor below from the bridge.

Additionally, the terminal contains sizable shopping sections (Alpha has a duty-free contract), as well as a variety of eateries, bars, and executive lounges where passengers may unwind. A business center with cutting-edge IT and communications tools is also available for business travelers.

To build, run, maintain, and manage duty-free shops at IGI, the contractor DIAL run a joint venture with the group made up of Irish travel store Aer Rianta International and Indian Duty-Free Services.

The airport also has a high-speed metro line (Delhi Airport rail link) funded by DIAL and with three stations, as well as new six-lane road access from NH-8 and specific city check-in facilities. At the terminal, there is an integrated 4,300-space multi-story parking garage.

By the year 2026, the authorities of India plan to construct as many as four new terminals at the airport along with a fourth runway. DIAL will establish an “aircity” around the airport with stores, hotels, convention centers, and recreational facilities for travelers as it grows to the size of a small city, taking a page from Hong Kong’s playbook.

We hope you loved reading about the ‘why’s’ and ‘hows’ of the IGI being the best in India and South Asia. There are many more projects underlined that will further augment the quality and infrastructure of the airport. As of now, the IGI airport in New Delhi stands as a true epitome of rapid development which is making the mark of India on the world map more prominent. 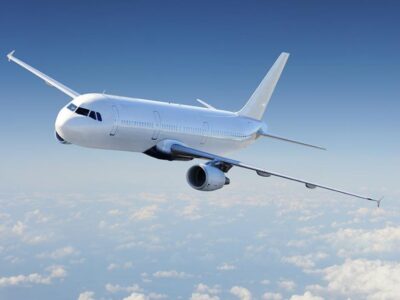 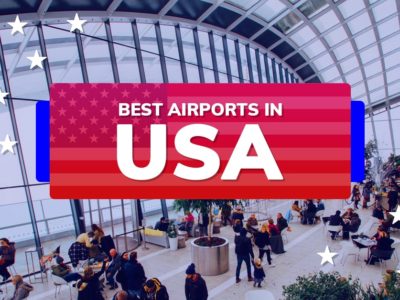