The United States is a huge and vast land with diverse heritage. The US has one of the most unique and complex cultural identities in the world. It is famous for its unique diversity and various historical elements.

Discovered and colonized by the Europeans in the 17th and 18th centuries, the country is known as a ‘melting pot” because of the combination of its ethnicities and cultural backgrounds.

Due to such reasons, people love to visit here. They plan their trips within a given region, be it the Southwest, the East Coast, outlying regions like Alaska and Hawaii, or the beaches of California or Florida.

Travelers are offered various options to enjoy the experience of incredible and amazing views sprinkled across the country.

The US is home to various amazing scenery and icons on the globe and it is very difficult to limit the list to just a few.

We have still come up with a list of some of the top attractions in the US that will help you make the most of your journey. The list contains information related to memorials, monuments, statues, iconic structures, bridges, wild spaces, and top landscapes.

Let’s have a look at the top-rated tourist destinations of the US.

The statue dedicates a robed Roman liberty goddess (Libertas) who is holding a torch on her right hand above her head and a ‘tabula ansata’ on her left hand inscribed with “JULY IV MDCCLXXVI” (July 4, 1776) in Roman numerals, which is considered as the date of the U.S. Declaration of Independence.

The statue is a national park tourist destination and is the top attraction for tourists from all over the world. People going out to the statue have to book a different kind of tickets including pedestal tickets, ground tickets, or crown tickets which allow them to access a different level of the site.

If you want to go inside the statue, you have to make advance ticket reservations for the same. According to a report in 2009, more than 3.2 million people visited the statue and the number is still increasing day by day.

Niagara Falls is located on the border of Canada, Ontario, and New York. It is the collective name for three massive waterfalls.

Most people notice a difference in the waterfalls during the winters that the amount of water going over the falls is reduced. This change is due to the use of more water to produce hydroelectric power.

Major people visit Niagara Falls during the summer season because, during summers, Niagara Falls are both a daytime and evening attraction.

According to a report, the number of tourists that visited Niagara Falls in 2007 was 20 million and the same in 2009 was 28 million.

The ‘Maid of the Mist’ boat cruise is the center of attraction and is known as the oldest and best attraction for tourists at Niagara Falls.

Niagara Falls are also a source of attraction and inspiration for the artists, travelers, explorers, authors, residents, filmmakers, and visitors.

The National Mall and Memorial park that was formerly known as national capital parks- central is an administrative unit of NPS (National Park Service) that comprise various national memorials and other areas in Washington D.C.

It also includes some of the oldest administered parks that are owned by federal. The national mall is the focal point for some of the most famous monuments, landmarks and memorials in the US.

Millions of tourists visit here every year from different corners of the world to honor the leaders of the nation, from Martin Luther King to George Washington and pay respect to them and other fallen soldiers.

Technical assistance is also provided by the National Mall and Memorial Parks for the US Navy Memorial.

It attracts more than 5 million visitors every year, out of which 83% were from the US only. The rest 17% of visitors were from the different parts of the world excluding the US.

People love sightseeing from the South Rim. They also enjoy the experience of hiking, rafting, running, and helicopter rides.

People also take part in the Grand Canyon Ultra Marathon which is a 126 km (78 miles) race over 24 hours. A large part of North Rim is available for camping that is managed by Kaibab National Forest.

For the tourists that like to view the Grand Canyon, Lipan Point would be the best place for them that is located on the South Rim.

Tips: Find the lowest fare possible on Flights: 7 Tips for you

The construction of the White House was started on October 13 in 1792 and it was completed on November 1 in 1800. It was designed by James Hoban (an Irish-born architect) in the neoclassical style.

There is a total of six stories in the Executive Residence. Numerous tourists visit the White House every year. The White House offers a free tour to its visitors by in order to visit, you must have to make reservations at least 3 weeks in advance.

Yellowstone National Park, an American national park situated at Montana, Wyoming, and Idaho, was established on March 1, 1872, by the U.S Congress and the law was signed by President Ulysses S. Grant.

Yellowstone is known to be the first national park in the US. The park is known for various popular geothermal features including Old Faithful geyser, and its wildlife.

It consists of numerous ecosystems, among which the Subalpine forest is the most abundant one. The park is situated in an area of 2,219,791 acres (8,983.18 sq. km) including canyons, mountain ranges, lakes, and rivers.

Major parts of the world’s hydrothermal features and geysers are taken by Yellowstone only and they are fueled by this ongoing volcano.

Yellowstone region was home for Native Americans for more than 11,000 years. The park has very huge popularity and people from different parts of the world visit here.

About 80% of the area of forest is covered with the Yellowstone park and the remaining area is grassland.

Times Square is one of the major entertainment centers and tourist destinations in the US. It is a commercial intersection that stretches from West 42nd to West 47th Streets.

It is situated at the Midtown Manhattan section of New York City at the junction of Broadway and Seventh Avenue.

There are numerous other names given to Times Square including “the heart of the world”, “The Crossroads of the World”, “the heart of The Great White Way”, and “The Center of the Universe”.

It is the major centre for the entertainment industry of the world as well as the hub of the Broadway Theater District.

It is one of the busiest pedestrian areas of the world. Times Square is a major tourist attraction that attracts almost 50 million visitors every year. More than 330,000 people cross Times Square on a daily basis.

If we exclude the number of residents visiting Times Square, still it is the world’s second most visited attraction for tourists after the Las Vegas Strip.

The Golden Gate Bridge is a suspension bridge in California, US, that connects the Pacific Ocean and San Francisco Bay.

The structure of the bridge connects the northern tip of the San Francisco Peninsula- the American city of San Francisco, California- to Marin County and carries both the California State Route 1 and U.S. Route 101 across the strait.

The bridge is one of the major tourist attractions and internationally identified symbols of California, San Francisco, and the United States.

The bridge is maintained by Highway, Golden Gate Bridge, and Transportation District.

The bridge was designed by Art Deco, truss arch, Suspension, and truss causeways. The architecture of the bridge was prepared by Irving Morrow and the engineering design was given by Joseph Strauss and Charles Ellis.

The bridge is a famous tourist destination where people can enjoy their trip and have a great experience. Space for pedestrians and bicyclists is also available.

The Las Vegas Strip, known for its concentration of casinos, hotels, and resorts, is a stretch of South Las Vegas Boulevard in Clark County, Nevada.

The length of the Strip is approximately 6.8 km (4.2 miles) which is located immediately south of the Las Vegas city limits in the unincorporated towns of Winchester and Paradise.

The Strip is a major attraction for millions of tourists across the world due to the reason that it possesses one of the largest casino, hotel, and resort properties in the world.

The boulevard’s cityscape is known for its use of contemporary lights, architecture, and a huge variety of attractions.

It’s luxury hotels, 5-star restaurants, casinos, skylines, residential high rises, and entertainment offerings have made the Strip as one of the most iconic and popular tourist destinations in the world.

The Strip is considered as a scenic route at night and the major part of the Strip is designated as an All-American Road. Walking along this Strip is like having an experience of being lost in an amusement park for adults.

This famous street holds many beautiful sights including the Eiffel Tower, the New York skyline, the canals of Venice and many more.

The Space Needle is an observation tower which is situated at Seattle, Washington, United States. It is an icon of a Seattle and a landmark of the Pacific Northwest.

The Space Needle is a top attraction in the US and every year, it attracts more than 2.3 million visitors.

Moreover, the elevators of the needle are used by more than 20,000 people on a daily basis. It is preceded by Smith Tower and surpassed by Safeco Plaza.

There are a total of 6 floors in the Space needle and 3 lifts/elevators are available for the people that travel at the speed of 16 km/hr and takes 41 seconds to reach the top.

The architecture of the needle was given by John Graham & Company and main contractors are Howard S. Wright Construction Co. The structural engineer of the needle is Victor Steinbrueck and John K. Minasian. 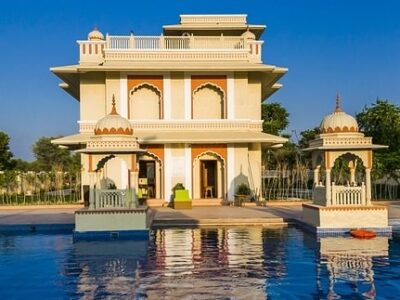 Look For These Heritage Hotels When Visiting India – Our Top Picks 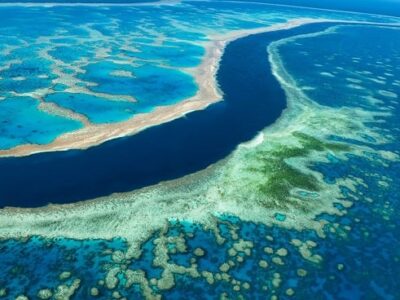 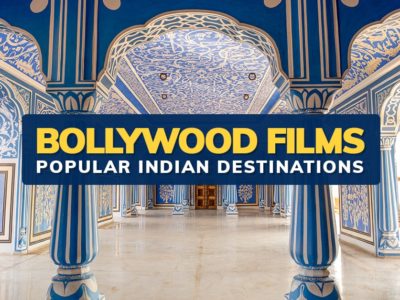